Student success refers to a classroom that has the resources to support a socially & culturally diverse population. @CISofHR Site Coordinator’s goal is to expose their students to diverse ideas as means of enhancing learning! #studentsuccess

Jackie was a student who was extremely disruptive while at school. She was constantly being removed from class because of disruptions, outburst, and back and forth dialogues with her teachers and figures of authority. Even when a teacher would address other students she would interrupt and respond on behalf of the student.

While many people tried their best to avoid her at all cost and to avoid the controversy that they assumed would accompany her, I was intrigued and my interest was piqued. Something about this seemed to come from a place of pain, trauma, or a cry for attention.

At first, I had no rapport with her, so instead of just jumping right out with the question, I would try to have positive interactions with her and try to string together a couple positive interactions. When talking to her, I would let her do most of the talking. I took interest in her interest and asked about what shows she liked and what music she liked. This indirectly helped me learn more about her.

It took a few months, but once we had a strong enough rapport, I asked her about her passionate interactions with others. This sparked a conversation about how she had been bullied very harshly throughout her middle school years.

She said that she used to be a very nice and quiet young lady. She said she had adapted this personality and persona to protect herself. She said she refused to be a rug and refused to be silenced again. I decided to meet with her every two weeks, one on one, to talk about her experiences with bullying. Over the next few months, we talked about how bullying made her feel, how it impacted her demeanor and her mindset, and how it caused her to change over time. She even said that bullying made her a defender of people now, because she started standing up for anyone she perceived was being targeted, challenged, or verbally/physically attacked. It was amazing to realize that so many misperceived her standing up for herself, and others, as outright disobedience and defiance.

At some point, we arrived at a place where she could see how she was becoming the very thing that once tormented her. We also talked about not always having to be on the offensive and not having to always challenge everyone who may not agree with her opinion or her way of doing things. I told her she was very brave and had a lot of courage for battling through the saga of bullying she had once faced. I also complimented her ability to stand up for herself now. I told her those character traits were fine and honorable, but her delivery was giving people the wrong idea.

Since I met her three years ago, she has been working effortlessly to find a balance between not being a rug to bullies while not becoming a bully herself. I believe this year she finally got to a place where she found perfect balance. A fellow student was posting negative things about her and trying to get a response from her on social media. Another student brought this story to my attention, which prompted me to ask Jackie if she was okay and how she was handling everything. Her response to that question was she ignored the student’s efforts and would continue to do so. I applauded her growth and told her that it looked fantastic on her. Though it took time, It was great to see her get to a place where she didn’t have to entertain or acknowledge someone attempting to bully her. It was also amazing to see her determine when she needed to stand up for herself and when it was best to just ignore. I am extremely proud of her. She said she felt empowered and in control. She thinks that I played a great part in her development and growth, however, I felt that the person she had become already existed in her, I just helped her see it for herself. 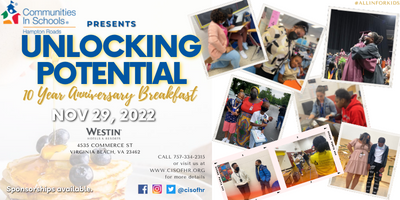